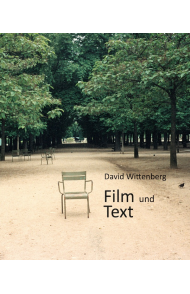 This book brings together a selection of writing by David Wittenberg dating from between 1965 and 2010. The collection includes essays, film writing and drawings as well as radio pieces and articles on writers, artists, philosophers, the Chief Public Prosecutor Fritz Bauer and a rural campaign against a Mercedes test track. In the 1970s, Wittenberg supported striking workers with his films. His interest in documentary filmmaking came from his perception of documentary as a new medium that was unmarred by German cultural traditions. Wittenberg examined the crises and failures of the political and cultural avant-garde movements of the first half of the 20th century. His essay films paid tribute to people fighting for different approaches to life and work, even if they were about the art of cooking.